T?tipounamu at home in ZEALANDIA

T?tipounamu at home in ZEALANDIA 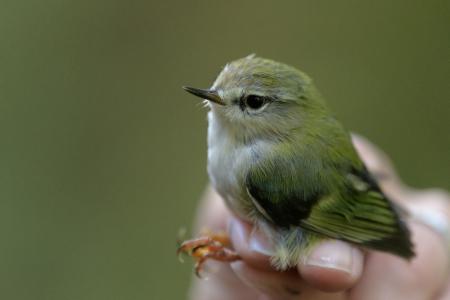 The translocated t?tipounamu are at home in ZEALANDIA ecosanctuary. Photo credit: Leon Berard.

Conservation Week is coming up and what better time to check in on the t?tipounamu (rifleman) which were introduced to ZEALANDIA ecosanctuary following a translocation from the Wainuiomata Mainland Island in March this year.

Sixty t?tipounamu were translocated by ZEALANDIA in partnership with Greater Wellington Regional Council. The t?tipounamu is Aotearoas smallest native bird, weighing in at just 6g.

The new arrivals have recently been detected building nests both in provided nest boxes and in natural nests, Dr Danielle Shanahan, Director of ZEALANDIAs Centre for People and Nature says.

It is so exciting that they are settling in and showing breeding behaviour. We are especially excited that some birds are building their nests in the boxes we have provided as it will allow us to monitor them very closely. However, it will be a while yet before they lay eggs.

Our follow up surveys suggest at least half the t?tipounamu are settling in well in the valley. There are also a few birds that have flown just outside the sanctuary, with some sighted in Birdwood Reserve adjacent to ZEALANDIA.

We hope they breed successfully both inside and out, helped by rat and stoat control done by the community, Dr Shanahan says.

We moved these birds from our Key Native Ecosystem (KNE) site because our bird counts showed a 78 per cent increase in the number of t?tipounamu in the area between 2005 and 2018.

This KNE provides an important breeding habitat for a large range of forest bird species and due to significant pest control efforts in the area, birds such as t?tipounamu are able to thrive.

Being able to monitor the nests in Zealandia will provide valuable information about how successful the translocation was in terms of establishing a breeding t?tipounamu population in the sanctuary, Philippa says.