This is an easy scenic walk and cycle path running alongside the beautiful Te Awa Kairangi / Hutt River from Petone to Te Marua. The 29km Hutt River Trail also boasts access to the river for swimming, fishing and kayaking.

Work is starting at the bottom of the Hutt River Trail, along Port Road. This means that part of the Trail is closed, and there is a detour along the north end of Port Road and the south end of Waione Street.

This work is expected to go from January until April. 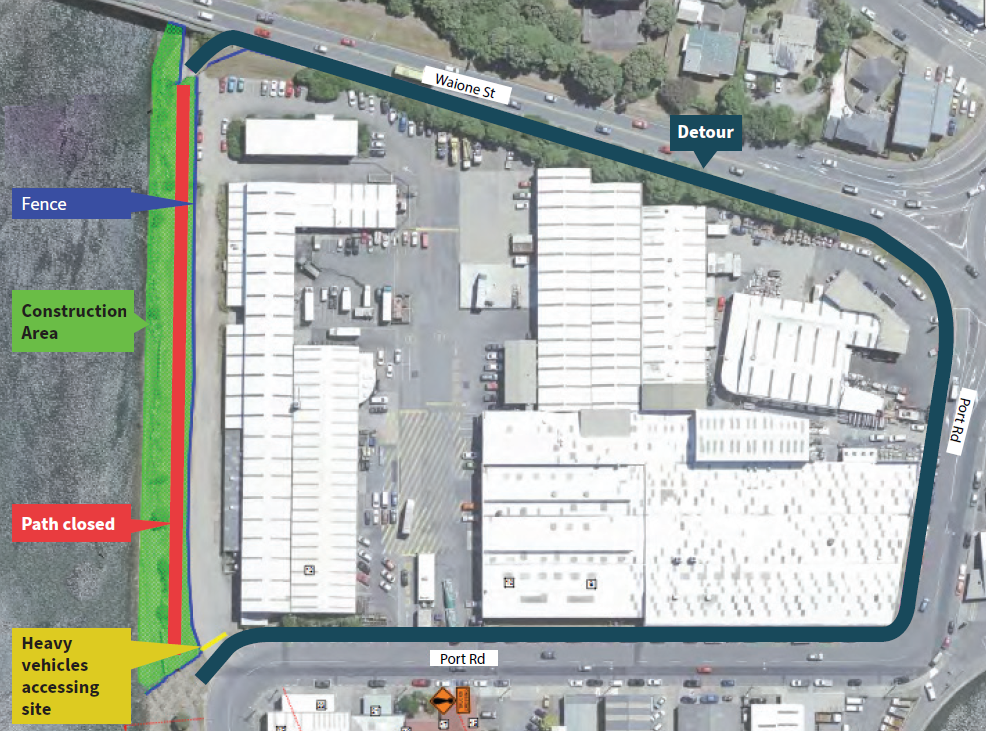 Hutt River Trail starts at Hikoikoi Reserve on Petone's Marine Parade or you can enter at many points along the Trail to Upper Hutt, 29 km away. The trail runs as far as the Te Marua area of Kaitoke Regional Park and links into the Remutaka Rail Trail.

Hutt River Trail is dog friendly. Dogs must be on a lead in Lower Hutt, but may be off lead in Upper Hutt. Please remove their droppings.

Residents and visitors to the Hutt Valley enjoy cooling off in Te Awa Kairangi / Hutt River during the warmer months. There are several good swimming holes:

Exercise caution if swimming alone and always check the river for submerged rocks or logs.

Toxic algae can be present in the Hutt River during summer. Familiarise yourself with what toxic algae looks like, keep dogs away, and check out our toxic algae pages for current river warnings and background information including photos.

The Hutt River is an excellent trout fishery, and easily reached via the Hutt River Trail or service roads. Popular spots include the section from Silverstream to Moonshine bridge and Melling to Kennedy Good bridge.

To fish the Hutt River you must have a fishing licence. These are available from sporting goods stores or from Fish and Game New Zealand.

Salt water fishing is popular on and downstream of the Hutt Estuary bridge.

For more information on water safety you can read the Water Safety Code.

While the Hutt River gorge is a challenge for experienced kayakers, the river south of Birchville is much more forgiving and ideal for beginner and intermediate level paddlers. There is good river access at the Birchville and Totara Park bridges.

The rapids upstream of the Whakatikei River confluence are a popular challenge for kayakers, while Taita Rock north of Fraser Park is a good launching area for rafters.

The weir at Silverstream can be hazardous in high flows. Willows lining the river banks can also be hazardous to rafters.

Always wear a helmet and floatation vest and go with a companion.

Two million years of movement in the Wellington earthquake fault line underneath the Hutt Valley has helped form one of the region's most powerful rivers. Today the Hutt River flows from the southern Tararua Ranges through the Hutt Valley to the Petone foreshore.

The Hutt Valley has been occupied since at least 1200 AD when the Ngai Tara first settled there. They named the river Te Awa Kairangi or "the highly esteemed river" as it was a valued transport route and an important source of food. However, it was also difficult to defend and has seen significant battles, loss of life and a frequent change of guardians.

The first planned European settlers arrived in the summer of 1839-40, to be welcomed by Te Ati Awa. However, very few took up the opportunity because prior to the earthquake of 1855, the swampy nature of the Hutt Valley and its frequent flooding made it relatively unattractive for occupation.

The 1855 earthquake raised the level of the Hutt Valley as well as the bed of the river, making the previously navigable river impassable and draining the surrounding wetland. Settlement increased slowly over the next 30 years, probably due to the frequency of the devastating "old man" floods, during the 1850s and 1880s. During the 1880s the population of the Hutt Valley increased rapidly but it was not until the mid 1890s that steps were taken to prevent flooding.

Over 100 years later the Hutt Valley is a very popular residential, commercial and recreation area. Still, its particular geography - a narrow floodplain confined by steep valley sides - emphasises the risks posed by the river. Greater Wellington Flood Protection is responsible for minimising this risk, particularly when the river unleashes its full power.

In the early days, foot tracks along the banks of the Hutt River extended to the Wairarapa over Remutaka Hill. The Hutt Valley Rotary Clubs and Greater Wellington developed the idea of the Hutt River Trail during the 1990s to remind us of these tracks and recognise 50 years of Rotary in the Hutt Valley. These organisations have signposted, surfaced and marked the Trail, with assistance from Hutt City Council, Upper Hutt City Council, service groups and government work schemes.

Many parts of the Trail are next to private land. Please stay on the Trail and respect private property.

Expect a gravel surface along most of the Trail although some down river sections have been sealed and there are some grassy areas south of Totara Park bridge. Be aware that some parts are narrow and may be affected by high river flow eg Taita Gorge near Silverstream.

The majority of the trail runs on both sides of the River. The left bank (or Eastern side) makes up a section of the Remutaka Cycle Trail - one of New Zealand's Great Rides. Trail surfaces vary from sealed asphalt - perfect for children and buggies, to compacted gravels for the more keen walkers and cyclists.

If you don't want to bike the whole trail short loops can be made between most of the bridges. Along the trail In Upper Hutt you can discover two sites where The Lord of the Rings was filmed. In Harcourt Park you will find the site of Isengard, the ancient Gondorian fortress at the southern end of the Misty Mountains, facing Rohan, and between Moonshine and Totara Park and at Poets Park, off SH2 at Moonshine, the river was the site for The Great River Anduin.

The Hutt River Trail is a great place to take time out from the hustle and bustle of the city and enjoy what the river environment has to offer. It is a popular area for recreation, so whether you decide to spend time on foot, wheels, in the water, or alongside your furry friends, please be kind and respectful to others you meet along the shared pathways.

The Hutt River Trail starts at Hikoikoi Reserve on Petone's Marine Parade or you can enter at many points along the Trail from here to Upper Hutt, 27 km away. These points include the bridges across the river: Hutt Estuary, Ava Rail, Ewen, Melling, Kennedy-Good, Silverstream, Moonshine, Totara Park, Harcourt Park and Birchville bridges.

Ava, Melling, Pomare, Manor Park and Silverstream Railway Stations are handy to the Trail, together with various bus services. Bicycles may be carried on trains for free, on a "first come first served" basis.

See the Metlink Journey Planner  for the best way to reach the Hutt River Trail via public transport. 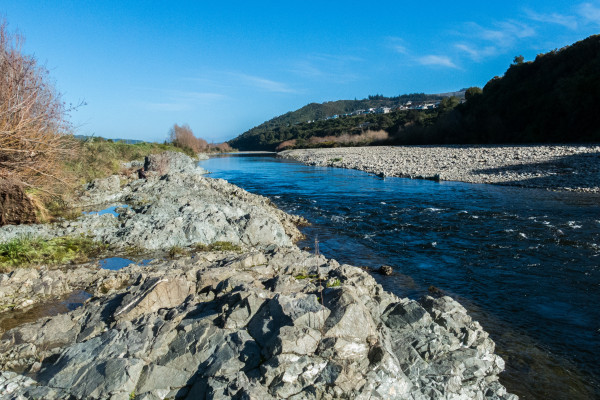