This park offers incredible natural beauty and wilderness areas as well as a range of adventure activities.

Parks are always open to foot traffic.
Vehicle gates are open 6am - 6pm in winter, and 6am - 8pm during daylight savings

Check out the logging-specific notices

The section of Cannon Point Walkway highlighted on the attached map, from Tulsa Park in Upper Hutt to Cannon Point Trig, will be closed to all public access from 14 November 2022 until February 2023.

This section is through private land and is being closed to manage risks from potential rockfall while development involving heavy machinery, retaining and earthworks occurs along the terraces at the bottom of the zig zag section.

As part of this development there will be new track improvements allowing for better public access along the walkway which will be completed when the track reopens in February (weather dependent).

Access is also available along Valley View forestry road on weekdays after 5pm and  on weekends.

Download a map of the operational area.  (PNG 2 MB)

These tracks offer a variety of challenges and there many good picnic sites on bush fringes and stream edges. Parts of the forest are rugged and isolated, and there are no facilities provided.

Wilderness camping is available in some parts of the forest. Contact the park ranger for details of suitable sites, as areas are periodically affected by fallen trees and flooding.

Akatarawa Forest's mountain biking trails are legendary - after all it is the home of the world famous in Wellington (and further afield) Karapoti Classic, New Zealand's longest running mountain biking event. Held in the first weekend in March you can choose from the 50km, 20km or the kids' 5km event.

Know  before you go

Aktarawa Forest is dog friendly, and dogs are allowed off the lead.

Explore some of the more beautiful and little known areas of the forest on your horse.

Park your horse float at:

You need to have a permit to ride in Akatarawa Forest.

Things to think about

We recommend you avoid:

Starting at the Maungakotukutuku Valley, ride up Perhams Road to Titi Ridge, turn right and then left down Whakatiki Road. Turn right again to follow Hydro Valley Rd back through the Whakatiki Forest and back to Perhams Road.

Clubs can access other Greater Wellington forests for events or organised group rides. Apply for permits and entry keys.

Parts of the forest may be closed for logging, pest control or maintenance operations. Trails may be closed in wet weather to avoid track damage.

Professional ground and aerial ungulate control is undertaken in this area on a regular basis for protecting the biodiversity values of the ecosystem.

In order to manage numbers of deer and keep their numbers at sustainable levels, the NZ Game Animal Council advises that hunters try to shoot two to three hinds for every stag that they shoot, and to target older stags rather than younger ones. Read their full letter for more information and advice. (PDF 260 KB)

There are different kinds of permit for hunting different animals in different places, but for your convenience we've put these all together in one form, which you can access below. The Akatarawa, Kaitoke and Pakuratahi areas have one permit to cover all these hunting areas.

Apply for your hunting permit now (not accessible on Internet Explorer).

Carefully read your permit conditions. Be familiar with the map and terrain of the area and stay within it - download the Akatarawa Forest hunting map below.

You must be at least 200m away from roads, tracks, and boundaries with private land, and obtain permission from landowners if you're going to cross private land.

All kills must be in the permitted area but 50m away from roads, tracks and boundaries with private land and only in the designated hunting area.

Firearms: only centre-fire rifles of calibre .222 Remington or larger may be used for hunting, or crossbows and bows with a minimum drawing factor of 18kg (40lb). Shotguns, air rifles and rimfire rifles are not permitted.

Loaded firearms are forbidden outside the designated hunting area.

This is the only regional park where you can use four wheel drive vehicles, quad bikes and motorbikes.

All 4wd, quad and motorbikers must have individual permits and follow the user code. Casual two/four-wheel drive off-road racing, scrambling, motocross, and competitive riding or driving is not permitted.

To protect the environment access is arranged through Akatarawa Recreational Access Committee (ARAC). All trips must have ARAC certified trip leaders and comply with the Motorised Recreational User Code. There are 4WD access maps (PDF 2.1 MB) identifying specific tracks that are available for motorised recreation. Conditions apply to some tracks to minimise impacts and motorised use will no longer be allowed if conditions are not met.

LUV (Light Utility Vehicle) or Side by Sides

Drivers must comply with the Motorised Recreational User Code. Head protection, ie, helmets to be worn by all people in LUV. Casual (non-club) entry or entry over/through fences and gates is not allowed.

There is an extensive network of roads and old logging tracks through the regenerating bush and pine trees of Akatarawa Forest.

The main roads through the forests are open to the public for quad and trail biking.

Look after the park:

So much of the work done in the regional parks wouldn't be possible without the help of people in our communities. If you want to contribute to the care of Akatarawa Forest, you can join one of our community groups.

Māori used the forest for hunting and food gathering as well as an access trail to and from the Hutt Valley. The native forest of the area, covering approximately 15,000 hectares, has changed considerably since European settlement due to the introduction of animals, fires and logging of native timber including rimu.

Logging history in the Akatarawa Forest

For more than 100 years saw-milling was an important part of the economy of this area. From 1900 to 1920 many families associated with saw-milling moved into the Akatarawa area. Small cottages or whares provided the barest essentials for the workers and their families. They focused on logging and milling accessible rimu, matai, totara, kahikatea and some miro.

You can still see old tramlines, trucks and discarded machinery - relics of this bygone era. Karapoti Road, built in 1911, was the main access and was originally a tram track with wooden rails.

Further change to the native forest took place from 1930 to 1957 with the scattered inter-planting of exotic conifers such as Douglas fir, Lawson's cypress, Monterey cypress, western red cedar and Japanese cedar. Today many of these tree species have blended in well with the surrounding native bush.

Akatarawa Forest has also played an important role in supplying water to the Wellington region - and Birchville Dam is a reminder of this part of the forest's history. The current dam was built in the 1930s by the Upper Hutt Borough Council and replaced a smaller dam on the same site. It supplied water to Wellington until 1958. You can visit the Birchville Dam on the Cannon Point Walkway.

Cannon Point gained its name from the 1850s sawmilling days when a large tree, shaped like a cannon when viewed from the valley, was left lying on the hilltop. After clearing, the land was farmed by the Whiteman brothers as Valley View Station. The steep zigzag track, now part of the walkway, was cut for foot and horse access to the Station. Birchville Water Reservoir was built in 1929. The reservoir supplied water to Upper Hutt until the Kaitoke Scheme started operations in 1954.

Explore this rugged blend of native and exotic forest covering 15,000 hectares between Upper Hutt and the Kāpiti Coast. The trails and old logging roads are popular for horse riding, fishing, hunting and tramping and mountain biking. The Forest also has enjoyable and challenging terrain for quad and trail bikes, and 4WD-vehicle club trips. 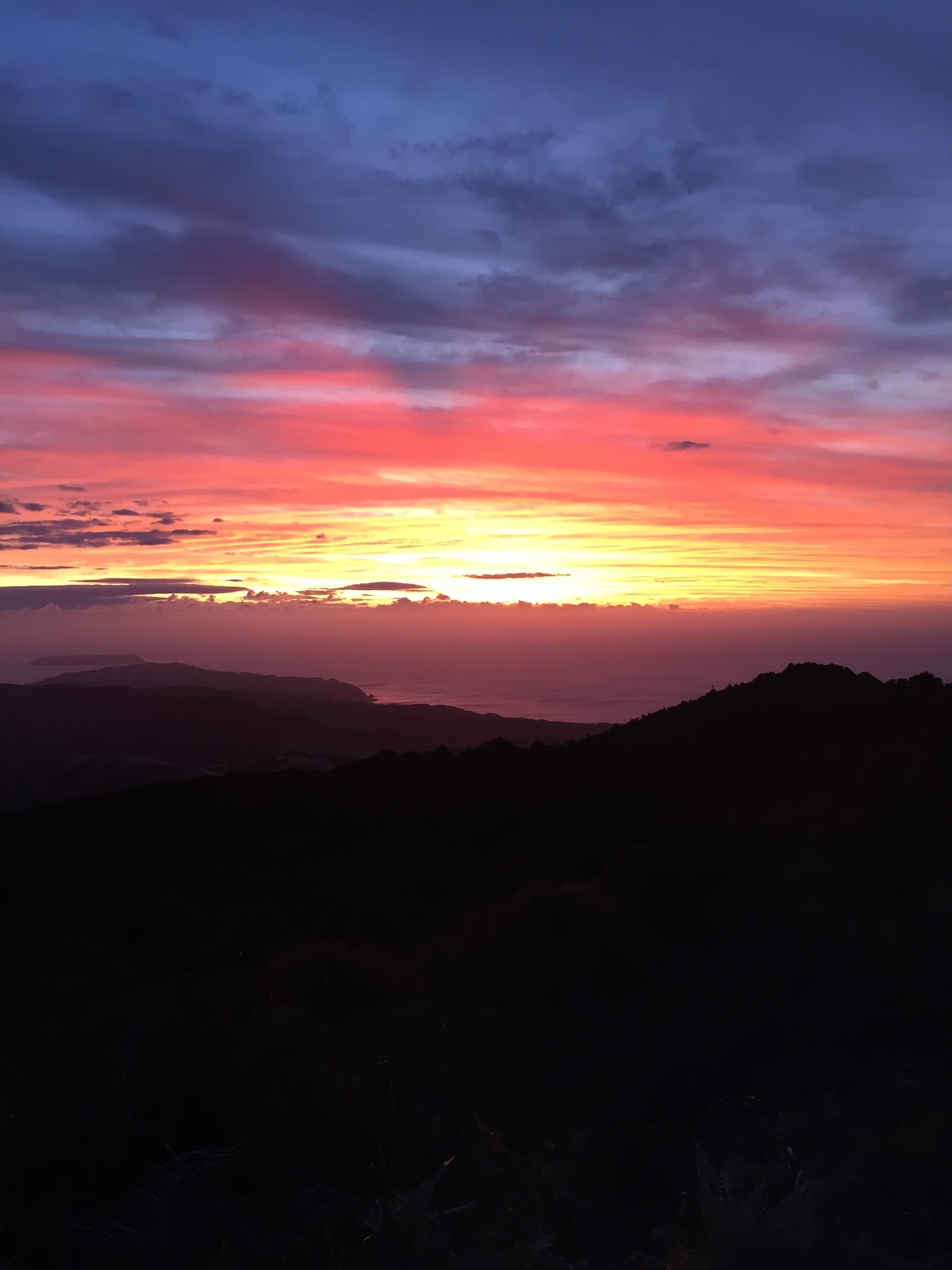 Do you need a key for a gate in one of our parks?

There are several entrances to Akatarawa Regional Park north, shown on above map.

Karapoti Road carpark entrance to the forest is closed to all vehicles due to a road washout and collapse in gorge. We're sorry for any inconvenience caused & thank you for your understanding.

Between Paekākāriki and Paraparaumu:

Take the 111 bus from upper Hutt Railway Station (Mon-Sat) to the Totora Park entrance. Plan your journey with Metlink.

Plan your route from the Hutt River Trail or Upper Hutt Station with the Hutt Valley cycle map.