Get off the beaten track and free-roam on foot, bike or hoof. There are 180 hectares of open space and pockets of native bush.

The Inland track from Onehunga Bay to Onepoto has been impacted by weather events over the last few months and is badly rutted in places. Please take care around uneven and muddy slippery surfaces.

Our maintenance team Has inspected the damage and is developing a plan to repair the affected parts of the track. As these weather events affected the entire parks network we are unable to give an indication yet of when this work will occur.

We will post updates here when we know more. Thank you for your understanding and we apologise for any inconvenience.

At 11.59pm Monday 12 September the traffic light system ended, and wearing a mask is no longer required anywhere in our parks.

Remember to stay home if you are unwell and follow other public health recommendations.

There has been a slip at Whitireia Park on the Inland Track between Onehunga Bay and Onepoto Estuary. Our fabulous maintenance crew have put up a safety barricade for now, and work is scheduled to widen the path when the weather improves. Please be cautious in this area until the work has been completed.

From Monday 9 May, Connectics will be replacing electrical poles and wires to the backup electricity supply that comes into Whitireia Park at Cable Bay and runs over the hill out to the golf course.

During this time the park will be open to the public, but please keep away from active work sites for your own safety. For further information about this work, please contact the Connectics Project Manager at Reweti.Ngatai@connetics.co.nz.

There are three different options for maintained tracks through the park, but you're welcome to leave the track roam where ever you want. 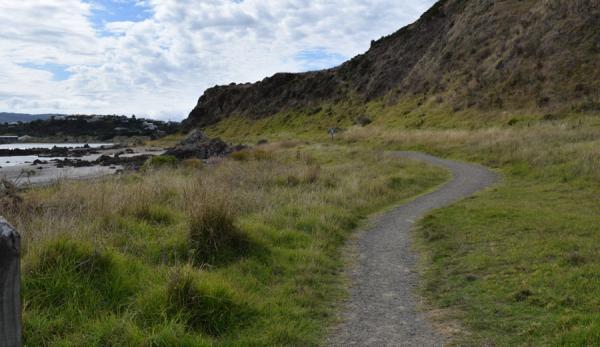 Our tracks are shared with cyclists, dog walkers and sometimes horses, so keep an eye out.

All of the tracks and trails available in the park can be used by cyclists, and if you're looking to challenge your quads, head off track across the farmland. 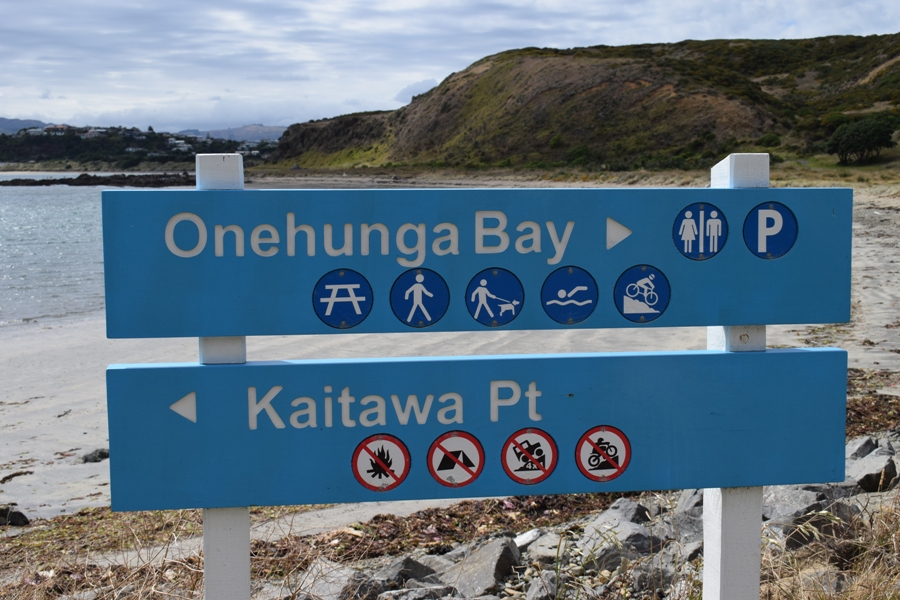 Dogs welcome but must be under control at all times and on the lead in: 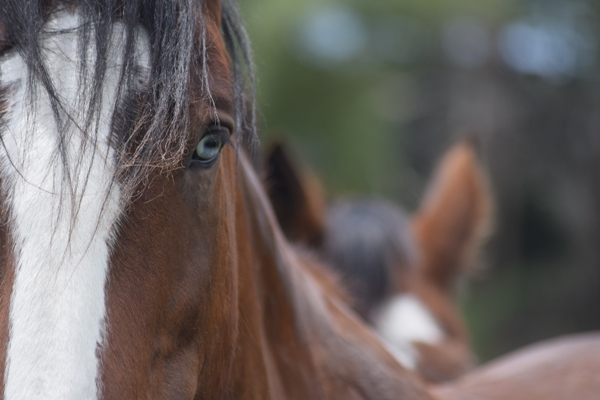 If you're looking for a place to roam wide-open spaces on horseback, leaving the tracks behind, then Whitireia is the place for you.

Significant portions of the Te Onepoto loop are not accessible to horses, but from the carpark at Onehunga Bay you can point your horse in any direction and take off. Much of the land is fenced, due to farming which no longer happens, but you are welcome to go through gates and explore.

Just remember to steer clear of the golf course.

Follow the horse riding code for all regional parks.

Whitireia Park is very popular with families because of its safe swimming beaches.

Whether it's snorkelling or scuba diving or surf casting you love, Whitireia has you covered.

When you drive into the park on Whitireia Road, turn left before the carpark at Onehunga Bay and head towards Kaitawa Point. Most people fish off the point of Onehunga Bay, and dive between there and Kaitawa Point.

This spot is great when the southerly wind picks up and the south coast is only good for the surfers. At the end of the road, near the car park it offers easy dives, and if you're up for a bit of a hike past the point where the road stops, there are more challenging dives.

Because this area is quite sheltered by Mana Island, you could see large groups of juvenile fish, as well as stingrays and seahorses.

For more information on diving in the area, see Scuba Diving NZ.

Climbers have been visiting Whitireia Park since the 1930s. In the 1980s single bolts began to be used and in 2005, double bolt belays were installed at the top of most routes.

This area, just below the Maunga Whitireia track, has 98 routes over a number of walls and boulders.

For more information on climbing at the park, including where to find walls and routes, see Climb NZ.

Onehunga Bay in the park is a popular spot for kite surfing. When you're told about the spot, people might refer to it as "Plimmerton" but the launch spot is actually in the park from Onehunga Beach.

This spot is great in a westerly or north westerly wind but becomes gusty and dangerous in north and north easterly winds.

Whitireia Park is known to model aeroplane pilots a world-class spot for slope soaring. For more information on the site and conditions of flying, see the Wellington Model Aeroplane Club website.

The park is open to public, so anyone can fly there, but flyers are encouraged to join Model Flying New Zealand.

So much of the work done in the regional parks wouldn't be possible without the help of people in our communities. If you want to contribute to the care of Whitireia Park, you can join one of our community groups.

There are lots of good places to fly drones or UAVs (unmanned aerial vehicles) in our parks and reserves and there are some places where they should not be flown. No matter where you want to fly, you need to be aware of New Zealand Civil Aviation Authority (CAA) rules and fly your drone safely.

Where can I fly my drone in parks?

Drones must not be flown in the following places:

Refer to our  Guidelines for Flying Drones (UAVs) in the regional parks and forests (PDF 155 KB)  for more details.

A permit is not required for recreational flying, but is required if you intend to fly for commercial purposes.

Details of the CAA rules are found on their website.

Whitireia is a significant area of cultural and spiritual importance to Ngāti Toa but its history goes back even further - to the explorer and navigator Kupe.

Kupe came across the Pacific in search of the giant wheke (octopus).  Kupe eventually caught and killed Te Wheke o Muturangi at the entrance to the Tory Channel, in the Cook Strait.

While he was chasing the wheke, Kupe became the first person to circumnavigate Aotearoa, naming places as he moved around the country, many of which are still in common usage today - Whitereia is one the places he named.

Kupe discovered Whitireia while searching for his canoe, which had blown out to sea while he was climbing to the top of Komanagarautawhiri (south of Tītahi Bay) for a better view of Cook Strait in search of the wheke. Eventually, the canoe came ashore at Onehunga Bay (at the entrance to Te Awarua-o-Porirua). As a gesture of appreciation to the Atua (deities and spiritual forces) which had responded to his incantations by returning his canoe to him, Kupe decided to leave his anchor stone named Maungaroa behind at Onehunga Bay.

In the 1840s European soldiers chipped pieces off the stone, possibly by firing a cannon at it. Shortly afterwards some of these men drowned in a boating accident. Ngāti Toa Rangatira, who were by then guardians of Maungaroa, regarded this as punishment. Te Kahurangi spoke "Think you, friend, that they could have drowned on a calm day by ordinary means? No! It was the anger of the gods at the act of desecration. Kaitoa!"

In 1908 the stone and its fragments were taken by the Dominion Museum for safekeeping and it is now held at Te Papa Tongarewa. As present-day kaitiaki of Whitireia, Ngāti Toa Rangatira also has obligations as kaitiaki of Kupe's ancient anchor stone. A replica of the stone is located by the carpark at Ohehunga Bay. 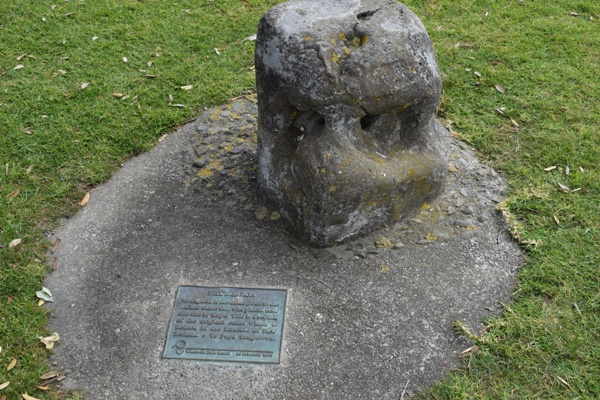 It is believed the earliest inhabitants of the Porirua district were Tini Maruiwi, who were moa-hunters and when engaged in hunting used to camp in the area. Soon after these people, a migrant from Hawaiki named Whatonga and his two sons Tara and Tauoki arrived with their tribes - Ngāti Tara and Ngāti Ira, about 1100 CE.

It is presumed that these two tribes remained in possession of the land until the 1820s when Ngāti Toa Rangatira led by Te Rauparaha and his nephew Te Rangihaeata invaded and took control of the Porirua District.

Ngāti Toa Rangatira trace their ancestry to the Tainui people who migrated from Kawhia down the west coast and settled in the Porirua area which, like their original home, was a coastal area with harbour waters equally rich in fish, stingrays and shellfish (kai moana).

There are a number of pa sites in Whitireia Park - if you use your imagination you can still see the terraces where kumara was grown. 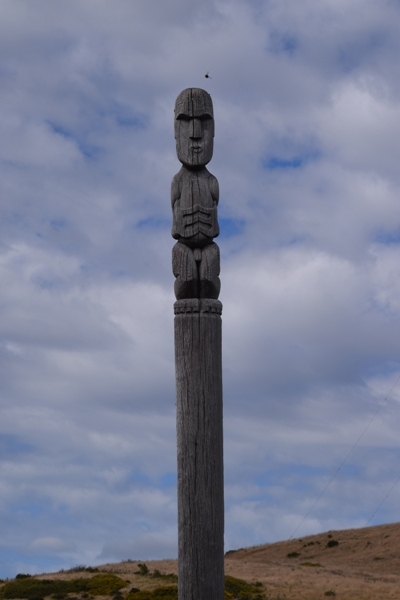 Captain Cook visited Porirua harbour in 1769 but the first Europeans to settle were whalers in the 1820s - Thom's Station was built where Ngati Toa Domain is today. William Jillet was one of the first European farmers arriving in 1864. He set up a horse-drawn bus service between Titahi Bay and Porirua.

In the early 1920s Titahi Bay and surrounding areas were a popular tourist destination - visitors would catch the train to Porirua and then the "bus" still drawn by horses to Titahi Bay.

The Titahi Bay transmitter was opened in 1937. You can still see the art deco building when you came along Whitireia Road. A 230-metre mast meant it's signal was used for shortwave broadcasts to as far away as Antarctica. Due to the corrosion, the tall mast was taken down in 2016.

A major fire swept through a significant part of the park in 2010.

The park was set up by land acquisition from the Otaki and Porirua Trust Board and the Broadcasting Corporation of New Zealand with the generous co-operation of the Raukawa Trustees and the Ngāti Toa people.

A substantial donation by Smith and Smith Ltd, celebrating their centenary in 1975, enabled the purchase and development of the park to proceed, and it was established in 1976.

Since then Trust Porirua has contributed funding for track upgrades, and the Defence Force has removed abandoned motor vehicle bodies from the park.

GWRC has looked after the park since 2011 and its management is guided by a park board comprising of three Greater Wellington Regional Council members and three Ngāti Toa members.

From the headland there are views of Mana Island on one side, the Porirua Harbour on the other.

Follow the Te Onepoto Loop track to Onehunga Beach and see where Kupe's anchor stone is believed to have lain for centuries. The stone is now housed at the Museum of New Zealand Te Papa Tongarewa, New Zealand's national museum.

If walking isn't your thing, spend a day swimming, rock climbing or diving and fishing. Go mountain biking, ride your horse, or even kite surf. 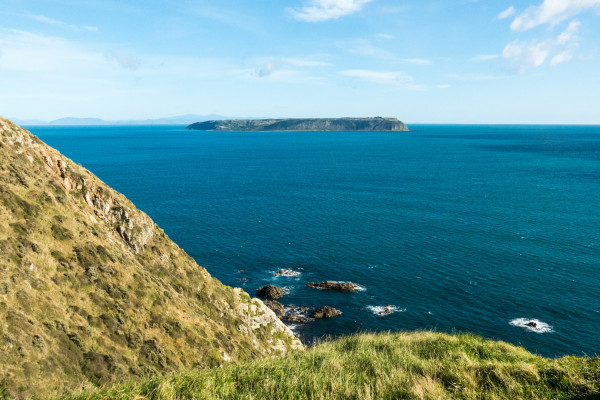 The main entrance to the park is via Whitireia Rd Titahi Bay.

The Onepoto Bay entrance of the park gives easy access to the start of the coastal and inland walkways branches of the Onepoto loop track.

Please be aware of narrow roads within the park, be courteous to other vehicles and pedestrians.  Observe the speed limit at all times.

Take a No 220 bus from Porirua Station to the terminus at Onepoto Road.

Unlike our other parks, Whitireia is run by a Park Board and has its own Parks Plan. Read the plan here.