Late winter on the nose for some

Late winter on the nose for some 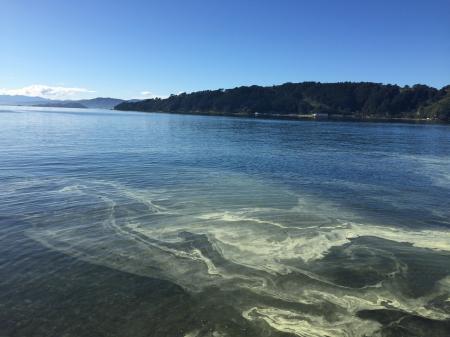 Sneezing, sniffling, scratching- it's that time for some of us.

Reports are already coming into Greater Wellington Regional Council of signs of yellow powder or paint residue in the harbour, and no doubt there are more reports to come that it's also lining streams and puddles and coating people's cars.

Pollen is the problem, and with it signs that hay fever season is about to start.

With Wellington tracking to have the hottest July on record plants are likely to be responding and pollen loads could be building and dispersing on the wind earlier than normal compared to recent years.

"People mistake pollen deposits for pollution and they routinely report them to our Pollution Hotline, that's no problem, but it's not pollution. Good on them anyhow because it shows people care about their environment and are on the lookout for pollution," says Greater Wellington's Manager Environment Regulation Shaun Andrewartha.

Off-white, yellow and greenish sludge found on water surfaces or lining shores shows that pollen is being spread by wind pollination from many plants, including pines and most grasses, which routinely trigger hay fever. They produce enormous quantities of light, dry pollen grains that are carried on Wellington's boisterous late winter and spring winds.

Only a small amount of the pollen hits the spot on plants. The majority goes to waste and this is what can be seen forming clumps and foamy slime around water or the fine yellow dust you might be seeing on your clean car or laundry.  It can be alarming but it's perfectly normal.

"It may be misery for many but it's just nature doing its thing, without which plant growth would be much diminished."

If people suspect pollution they should call Greater Wellington Regional Council's Hotline on 0800 496 734. It's a confidential 24-hour service. Contact details will be requested so that staff can gather more information if needed.