Backing banded dotterel for Bird of the Year 2019

Backing banded dotterel for Bird of the Year 2019 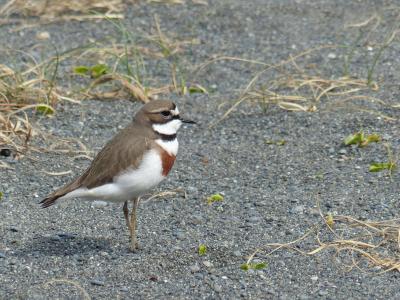 With the Bird of the Year 2019 contest already taking off, Greater Wellington Regional Council is backing the beloved banded dotterel to fly to the top of the list.

Last year the kereru swooped in and took the title of Forest and Birds Bird of the Year 2018, however, Greater Wellingtons Team Leader for Land, Ecology and Climate Philippa Crisp believes the Banded Dotterel deserves the distinguished title.

Greater Wellington has been monitoring birds in different habitats such as rivers, coastlines and wetlands over the past five years and we have discovered the Wellington region supports a breeding population of 728 adult pohowera (banded dotterel).

These birds, which are a nationally threatened species, breed mainly on gravelly river edges or on the coastline during spring and summer. After breeding they migrate to large wetlands, such as the Wairarapa Moana, and estuaries.

Philippa says the key factors in their national decline are thought to be introduced mammalian predators at breeding sites, however, human activity can also affect the habitat of this species.

Efforts to control predators on the beaches at Eastbourne and Parangarahu Lakes have been underway due to the hard work of members of Greater Wellington, and care group the Mainland Island Restoration Operation.

Greater Wellingtons new Chair Daran Ponter says while the dotterels are vulnerable to predation, one thing people can control are their own actions when it comes to looking out for our native birds.

We are educating people across the region about the dangers of driving on beaches, and the banded dotterel taking out the top spot might encourage people to stop and think about the precious creatures living on our coastlines.

Voting for Forest and Birds Bird of the Year 2019 closes on November 10 at 5pm so jump online and have your say at www.birdoftheyear.org.nz