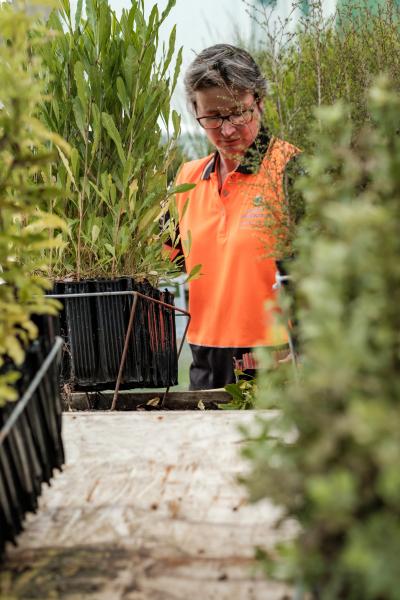 Akura Plant Nursery based in the Wairarapa has been trialling, growing and supplying tree species for over 30 years and will have trees available for the public from June 4.

The team at Akura grow and sell native tree species for biodiversity, riparian management and beautification while exotic trees are used for shelter, fuelwood, erosion control and timber.

Seedling coordinator Carolyn Anderson manages seedling procurement and says the seeds are obtained from within Wairarapa, a majority of which are eco-sourced.

"We sold 318,000 seedlings last year, compared to 253,000 the previous year. We are expecting another big year starting in June.

"The more trees planted, the more carbon removed from the atmosphere which reduces the effects of global warming.

"Other benefits include habitat for wildlife, reducing sedimentation of rivers by intercepting runoff, cleaner water by acting as a filter before water reaches streams, and erosion control."

Nursery officer, Paul Henderson says Akura began selling poles for erosion in 1986 but they branched out when they realised no one was supplying native trees in big numbers locally.

"We are open for public sales from June to September because they are the best growing months. After that we prepare to produce more poles for the following year.

"At Akura we offer plants for shelter, planting advice, protection techniques and advice about how people can guard their plants from pests," Paul says.

Councillor for the Wairarapa Adrienne Staples says it is fantastic to see Akura, which is a stand-alone business from the council, go from strength to strength each year.

"All of the money raised from the sale of these plants goes straight back into the nursery, reinvesting in things like machinery - it doesn't cost the rate payers a penny.

"The environmental benefits from the hard work done at Akura are fantastic, poles are one of the greatest tools for erosion control, which is a very present issue in the Wairarapa," Cr Staples says.