New QEP tracks open the park to regeneration and recreation

New QEP tracks open the park to regeneration and recreation 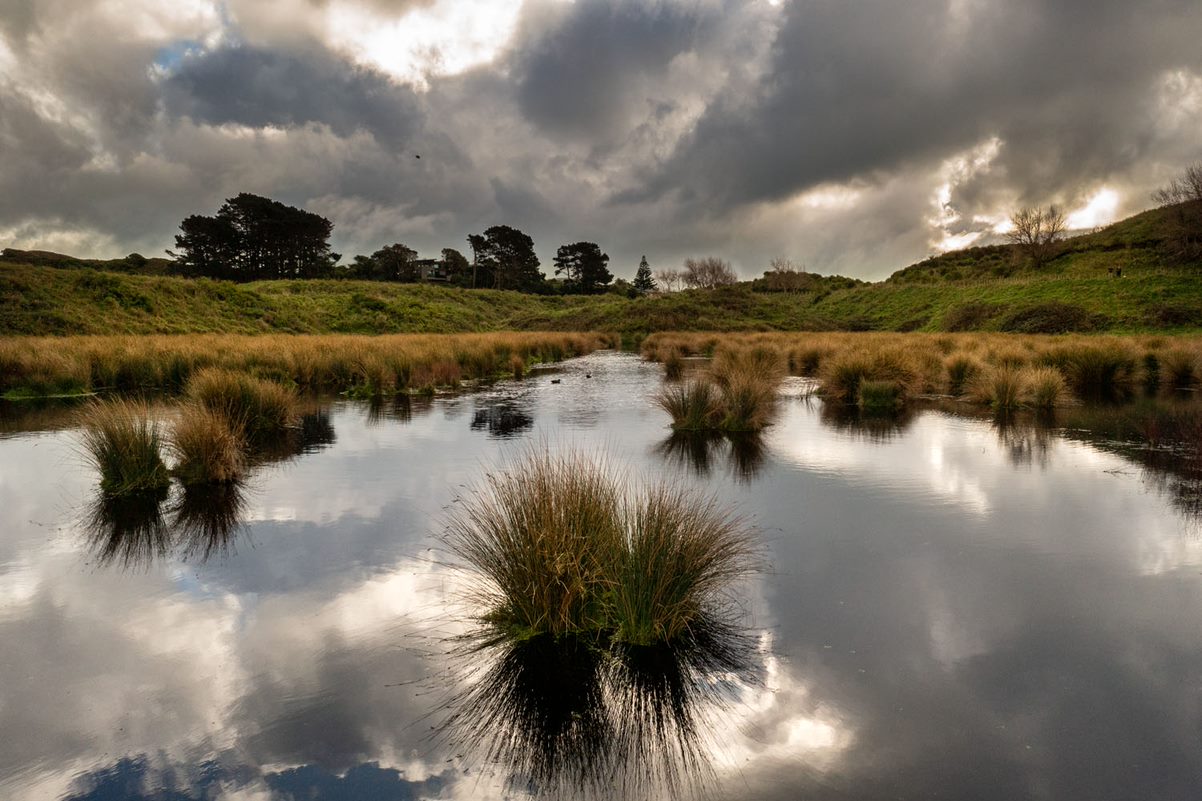 In great news for walkers, cyclists and horse riders formerly farmed areas of Kāpiti’s Queen Elizabeth Park have been opened to the public following the completion of 7.5 km of new tracks to the park’s northern section.

“Extensive planting has been undertaken by volunteers throughout with much of the planting in the peatland in the north-east funded by Kāpiti’s MacLean Trust, and we thank both for their very important involvement.”

Four new tracks have been developed, the Peatland Ridge Track, the Peatland Loop Track, the Old Farm Track and the short Kanuka Track which links to other trails in the park. Together, they offer a variety of easy recreational opportunities through flat and rolling country which over time will resemble the land’s original state.

All the new tracks are now open, some track signs have been installed and others yet to come. Dogs are welcome in all areas except wetlands provided they are under control and their droppings are removed or placed in new bins in the park.

Restoration of the park’s wetlands, dunelands and former forests reflects community wishes for the park, which increasingly favour returning land to its natural state following decades of farming use.

Chair of Friends of QEP, Russell Bell says “seeing the opening of the park with its new tracks is fantastic. The new walks will take people through areas they’ve not seen before and areas that will change over the next few years.

“More importantly, the new wetlands on formerly drained peatland are a significant climate mitigation action for Kāpiti. Their restoration and future planting throughout QEP will together become a very important ecological wetland sand dune complex. These landscapes, once prominent, are now quite rare. The park will become an important recreational and ecological asset for the Wellington region.”

Last year the community re-endorsed this vision through a ‘Have Your Say’ engagement process which strongly supported ending grazing licences and restoring the park’s environment.

“We’ve followed its lead,” says Al Cross. “We’re moving quickly on the community’s wishes and supporting great recreation opportunities which will make one of our most popular regional parks even more popular.”

Extensive restoration is ongoing by two groups. Together they have planted about 4000 of the 8000 plants scheduled for this season’s planting. The groups focus on two restoration aspects of the park; enriching the park’s ecology by planting long lived species such as totara, kahikatea and kohekohe within areas that Greater Wellington has previously planted with pioneer species, and riparian planting of QEP’s streams.

Other parks’ restoration work is being undertaken by Greater Wellington through an exciting and ambitious long-term restoration programme called ‘Recloaking Papatūānuku’ which supports restoration projects across the regional park network, with a focus on formerly grazed areas in Kaitoke, East Harbour and Belmont Regional Parks.

Recloaking Papatūānuku’ expresses Greater Wellington’s responsibility to the land, environment and people as custodian and speaks to the importance and permanence of land, accepting that as humans we rely on the land and we must think long-term to see the big picture and ensure health of the land for itself and its people.

Funding has been set aside for the work through Council’s climate action response programme and it is also guided by priorities set out in Greater Wellington’s Toitū Te Whenua Parks Network Plan 2020-30.

Toitu Te Whenua has six core goals for parks to deliver benefits for people and nature.  Three of these are core and ongoing; enhancing natural values and recreation experiences, and preserving heritage and landscape.

Three others overlap and are of Greater Wellington’s focus for the next ten years; working alongside with mana whenua, climate change and sustainability and ‘the way we work’ which is about supporting and enabling volunteer and community efforts in parks.

“Our focus in QEP is in line with broader strategy and will enable us to expand habitat for native species, mitigate the impact of climate change through carbon sequestration, improve freshwater quality, provide recreation opportunities, involve the community and reduce the threat of fire in the park,” says Al Cross.