Miramar Peninsula out of favour with native birds- for now

Miramar Peninsula out of favour with native birds- for now 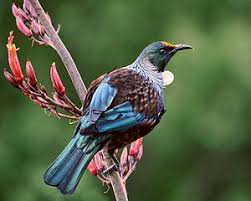 While the halo effect of Zealandia may be responsible for the rising number and variety of native birds in many Wellington suburbs, they've been slow to wing their way to the Miramar Peninsula.

A recent baseline survey by Greater Wellington Regional Council has found that the peninsula remains dominated by introduced species such as house sparrows, blackbirds, starling, chaffinch and greenfinch. There are more house sparrows, for example, than the combined number of native bird species in the peninsula.

"But there are bright spots in the survey, and there are grounds for optimism," says Dr Philippa Crisp, Greater Wellington Team Leader, Terrestrial Ecosystems and Quality.

"We found lots of tui throughout the peninsula, which reflects the large number being seen across the city. Citizen scientists on the peninsula have also reported shining cuckoos, bellbirds, kaka and karearea and we expect morepork are present, though we didn't survey at night.

"While there are fewer native birds on the peninsula than elsewhere in Wellington the gradual elimination of predators in Miramar will help support greater numbers of tui and other native species.

"There will be more and more birds on the peninsula in the future. It's a waiting game as we rebuild a more secure habitat for native species through intensifying our efforts to eradicate predators such as rats, stoats and weasels. Create a safe space and the birds will come."

Dr Crisp says the survey will provide one benchmark against which to measure the success of Predator Free Miramar, which aims to eliminate bird predators from the peninsula as part of the broader Predator Free Wellington initiative, supported by Greater Wellington, Wellington City Council and the NEXT Foundation.

"Vigorous and intensive backyard trapping by local volunteer groups has helped contain explosive growth in rat numbers throughout the peninsula. We believe the time and effort they invest in trapping will ultimately pay off in a greater abundance and variety of birdlife.

"Over time we will also see a re-balancing of the ratio of introduced to native birds on the peninsula, though the area has little forest habitat and would benefit from significant tree planting. That's happening in some of the urban areas but there's scope for a lot more," says Dr Crisp.

"To encourage native birds back to Miramar it'd be great if residents would plant a native tree as well as have a trap in their backyard."