Greater Wellington Regional Council ran the sixth annual MovinMarch promotion this year. Movin'March is designed to encourage families to walk or wheel (WOW) to school as often as possible and to celebrate those families who already do.

70 schools with a combined total of over 18,000 students across the Wellington region took part in 2017, which is the highest number so far. Schools were sent posters and incentives to promote walking, cycling, scooting and skateboarding to school. The Movin'March website contains activities and lesson plans for schools to use in the classroom. Competitions for students, parents and schools help to motivate active travel choices and six bikes were given away across the Wellington region. March 31 was a dedicated "WOW your family to school day" to encourage families to try walking or wheeling to school if they don't usually. Some schools provided breakfast, a coffee cart and events like parades or bush walks to reward families who gave it a go.

Research shows travelling to school in active way has health benefits for students and can increase concentration levels in class. Many students agree that walking or wheeling to school with family and friends is more fun than going in the car, and less traffic around the school gate makes it safer for all students.

St Anthony's School in Seatoun had eight three percent of their students participate in Movin'March which made them the top participating school in the region for the second year running.

Bike prize winners from around the region have been receiving their prizes this week. 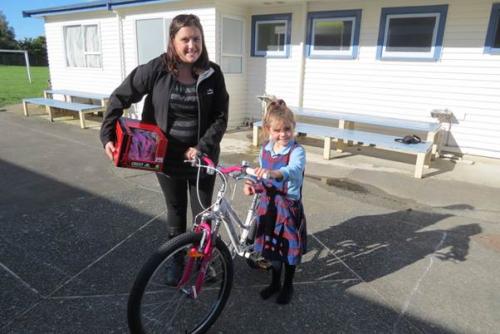 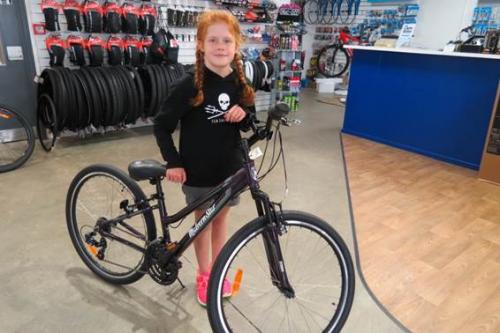 Neeve Campbell (below) from Normandale School picked up her brand new bike and helmet from On yer Bike - Avanti Plus in Wellington the day after her tenth birthday. 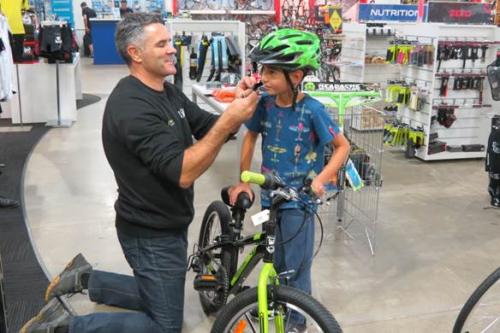 Six year old Isaac Goodwin (right) from Clyde Quay School was very excited to pick up his new bike prize from Nigel at On yer Bike - Avanti Plus.